Removal of Flowers and Tributes 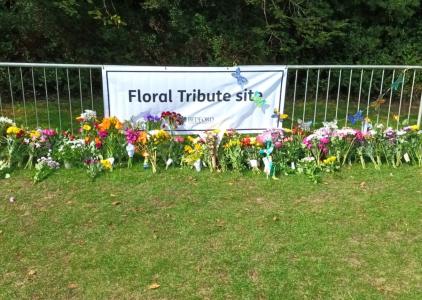 Bedford Borough’s floral tributes will be removed from Russell Park and the Book of Condolence will be closed on Tuesday 20th September.

Dave Hodgson, Mayor of Bedford Borough, said, “Following the death of her Majesty Queen Elizabeth II, we have all been moved by the floral and individual tributes.

“We have been continually maintaining the tributes, but due to the end of National Mourning we will be removing them on Tuesday 20th September, following a blessing from the Bishop of Bedford.”

All memorabilia, cards and individual messages will be kept safely, and the flowers will be turned into compost to be used at a dedicated site.

The Book of Condolence will remain open in The Harpur Suite until 5pm on Tuesday 20th September.