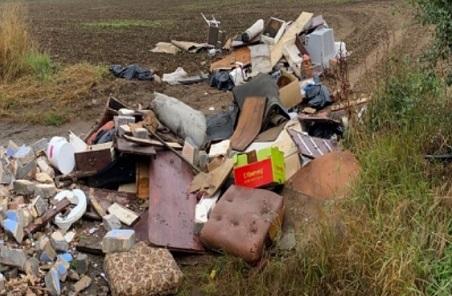 Bedford Borough Council invested in CCTV cameras specifically for fly tipping offences. In the past 12 months, 10 Fixed Penalty Notices have been issued as a result of evidence from the cameras, with further ongoing investigations yet to be concluded.

The CCTV cameras are deployed at fly-tipping hotspots around Bedford Borough. Footage is being used to help identify vehicles present or individuals who may have information about fly-tipping so that enforcement action can be taken against the appropriate people.

The footage is posted on the Council’s ‘Caught on Camera’ webpage at www.bedford.gov.uk/caughtoncamera. If you recognise a vehicle or an individual, you can let the Council know on that webpage. This will assist the Council in deciding if an offence has been committed.

Fly-tipping is a criminal offence which costs the Council thousands of pounds to clean up. It can also be a hazard to local people and wildlife, and is a real blight on the environment. Fly-tipping can be punished with a maximum fine of £50,000, or a 12 month prison sentence if convicted by a Magistrates Court.

Cllr Charles Royden, Portfolio Holder for Environment said “There is never an excuse for fly-tipping and we work to enforce against it wherever we can.

“These CCTV cameras make it easier for us to respond to fly-tipping issues in local areas, capturing footage and ensuring we can fine and prosecute people who commit this offence and cause such damage to our local environment.

“It’s on all of us to dispose of waste responsibly and keep our Borough beautiful, by using the Household Waste Recycling Centre, booking a bulky waste collection with the Council if you need one, or by using a licensed waste carrier to ensure your waste is disposed of responsibly.

“As we move these cameras around the Borough, you can see incidents of fly-tipping that we need your help with. You can also report incidents fly-tipping to us via our website so we can investigate and get it cleared.

“We thank those residents who have assisted the Council in prosecuting those responsible for fly tipping and encourage them to help identify individuals who we are currently seeking to identify by visiting www.bedford.gov.uk/caughtoncamera”